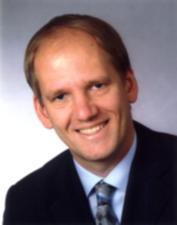 Prof. Jörg Breitkreutz holds the professorship in Pharmaceutical Technology in University of Düsseldorf since 2004. His research is focused on paediatric formulations, pharmaceutical excipients, drug delivery devices, process analytical technologies and taste prediction. He is involved in numerous development projects for paediatric drugs and holds several patents for paediatric medicines.

Jörg Breitkreutz studied Pharmacy from 1987 to 1991 at the Westphalian Wilhelms-University of Münster, Germany. He finished his PhD in 1996 at the Institute for Pharmaceutical Technology and Biopharmaceutics in Münster under supervision of Prof. Rüdiger Gröning. From 1996 to 1997 he joined Thiemann Arzneimittel GmbH in Waltrop, Germany, as the Head of Product Coordination. In 1997 he went back to the university in Münster to work on his habilitation thesis (2004) on pediatric drug formulations. In 2004 he became professor for pharmaceutical technology at the Institute of Pharmaceutics and Biopharmaceutics at the Heinrich-Heine-University in Düsseldorf, Germany. Since 2009 he is the head of the Pharmacy department in Düsseldorf. He currently is member of the European Paediatric Formulation Initiative (EuPFI) and board member of the International Association for Pharmaceutical Technology (APV).